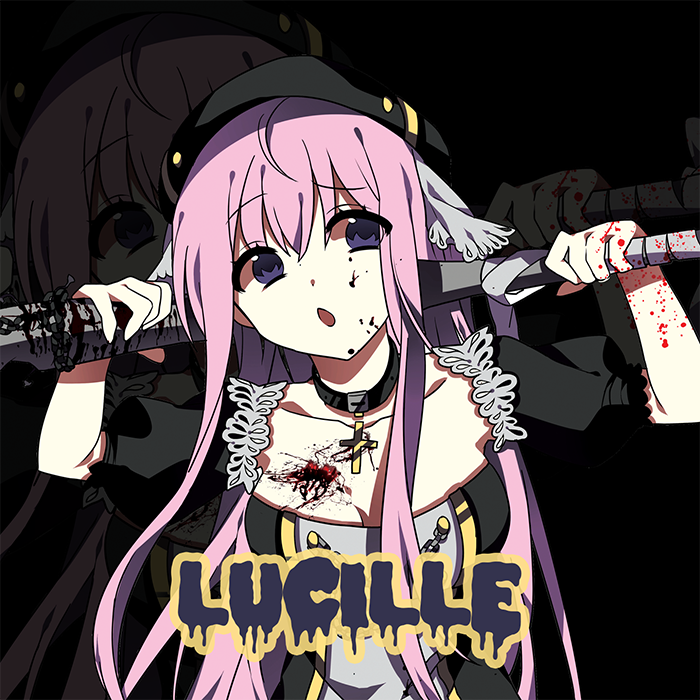 Kawaiiwaru is a clothing store based on unique anime waifu characters.

She was very young when it happened - when her parents were attacked. She can remember the screams, the blood, and Her. That demon, the one who came in the night. She can almost remember her disgusting, disfigured face and her mismatched eyes. That was the last time Lucille felt fear.

It had been many years since then, and Lucille had begun in sighting her revenge. She joined the church, the demonic department. It was their supreme job to vanquish demons and deliver peace to the world. Those in this department were seen as very holy and kind for doing this service, but for Lucille, it was a way to kill demons and be praised for it. She loved every second of it, the tracking down, and then the hunting. It was like catching a rabbit trying to run and when she catches one, it would be the end for them as she smashes their head with her metal baseball bat.

Lucille shows no fear as she does this, and she does it perfectly, every time. She’s fast, violent, and impulsive. A demon has never stood a chance. She was so involved with her work she barely showed up to the church, but rather kept smashing. 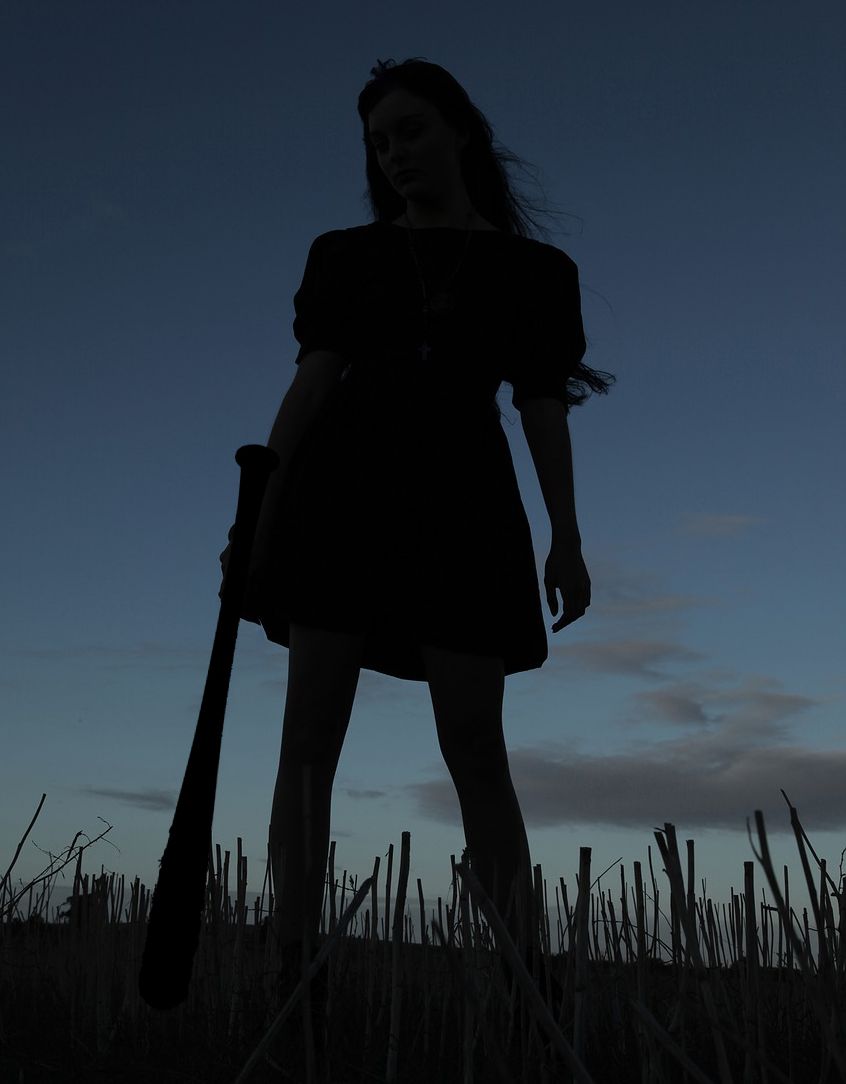 One day, as she was leaving the church, baseball bat in hand, she took her usual route through the woods, and like many times before, she walked past the huge mansion sitting beside the hill. The wrought iron gates were closed again that day, twisting around each other in a stand-off-ish way. The window at the very top of the mansion had a faint glowing yellow light that cast a shadow on the plants in the garden below. Lucille knew exactly what lived in this mansion. Vampires, she thought with disgust. She wanted badly to burst in there and go wild, but she knew she would be frowned upon. She doesn’t have a warrant to just kill everybody, just the Demons…for now

Lucille continued through the woods towards the popular demon hangout. The demon on her list was a guy named Logan, and she knew she could find him there. As she approached the club, the lights out but the music blaring loud. She could smell them, a whole swarm of them inside. She scowled and waited by the wall. She waited for the target to come out, to start walking alone.

She sat for quite a while until the door swung open, she hid behind a bush and watched as finally, her target walked out, a bottle of something in his hands. Disgusting, Lucille thought as she crept behind Logan as he walked. He was swaying from side to side, drunk. This would be a piece of cake. As the man rounded the corner and headed down a deserted street, Lucille made her attack. She swooped up from behind, her bat raised above her head and she knocked the underside of his head as hard as she could. The demon went flying foreword and hit his face against the concrete.

“You repulsive demon.” She spat at the man’s feet as he grunted and turned to face her. When he saw who it was, he began to scamper, trying to get to his feet. He knew himself that it was the end. “You think you can run??” Lucille laughed, and kicked the man right where it hurt, then stomped on his face. She was a bully who tyrannized all the demons of the city. Logan screamed and called for help, but Lucille wouldn’t let anyone come. “You disgust me, you foul and satanic creature!” She mumbled this and finished the demon off with a hard and fast blow to the jaw, his face went up into the air and blood flew out of his mouth and nose. She then hit him in the head again, knocking him cold to the concrete.

She picked up the demon, and spat into his face. Another day, another dead demon that can no longer plague her perfect world. Lucille was on a mission, and she would do this every day and every night. Same routine. She would walk past the mansion, scowl at the fact she can’t kill the vampires inside, then smash the skull of some demon, enjoying every second of it. She wished she could torment them more, to see them in so much pain and anguish, but she’s been told before, make it quick so they can’t fight back. This particular day, however, things didn’t go quite as planned. 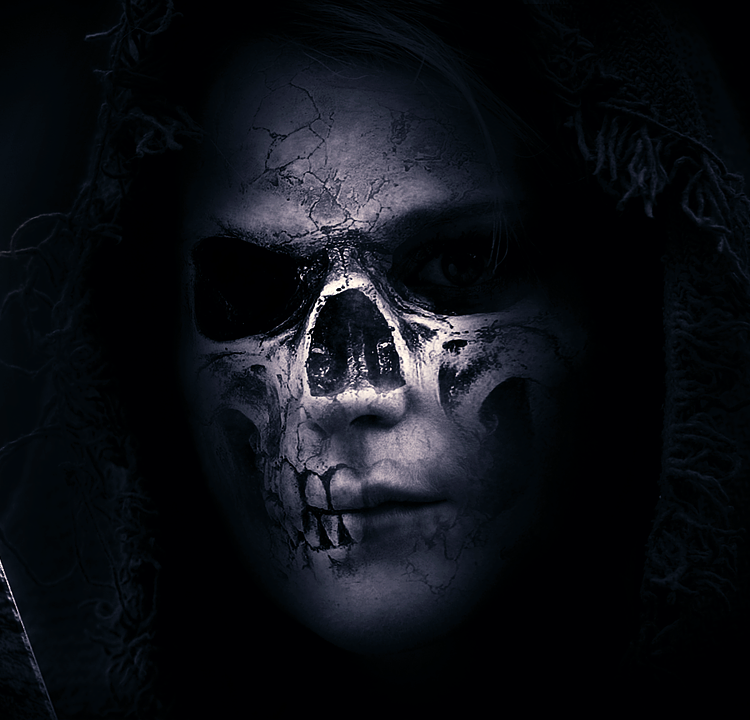 She suddenly heard a sound, whispers coming from nowhere and everywhere all at once, it was so strange. They filled her brain and stole her thoughts away. She found herself slowly, wandering through the street. Absentmindedly she stepped over the Demon’s body and drifted towards an alley way. The voices became louder, they sounded tired, defeated…dead. Then she saw her and stopped dead in her tracks. It was her, Chiroko the one who had stayed to torment her mind since she was young.

The demon turned to face the girl and smiled at her, “Ah yes, I remember you.” She said, licking her lips. “So you finally came to fight me. You seem terrified and not ready yet, if you want to run, I won’t judge you.” She snickered and began to turn.

“Run? You must be joking.” Lucille began to charge at the demon, teeth out and pure hatred in her eyes. She was ready to kill her, to get her revenge. She would make her pay! Her bat came in to contact with the demon’s hand but Chiroko grabbed it away from Lucille, throwing it aside. Lucille’s eyes widened a little. ‘A real challenger,’ She thought to herself. She threw herself at Chiroko, trying to sweep her legs or punch her stomach, but the demon was too quick, she could dodge and evade like nobody’s business.

“oh, you’re still weak, i can easily devour you this time, without the protection of your mummy and daddy. Oh, how I enjoyed devouring their souls. I’d love to complete the mix, bring the family back together.” Chiroko laughed a demonic laugh and then swirled her hand over her head. Lucille was about to roundhouse kick her when she stepped back. 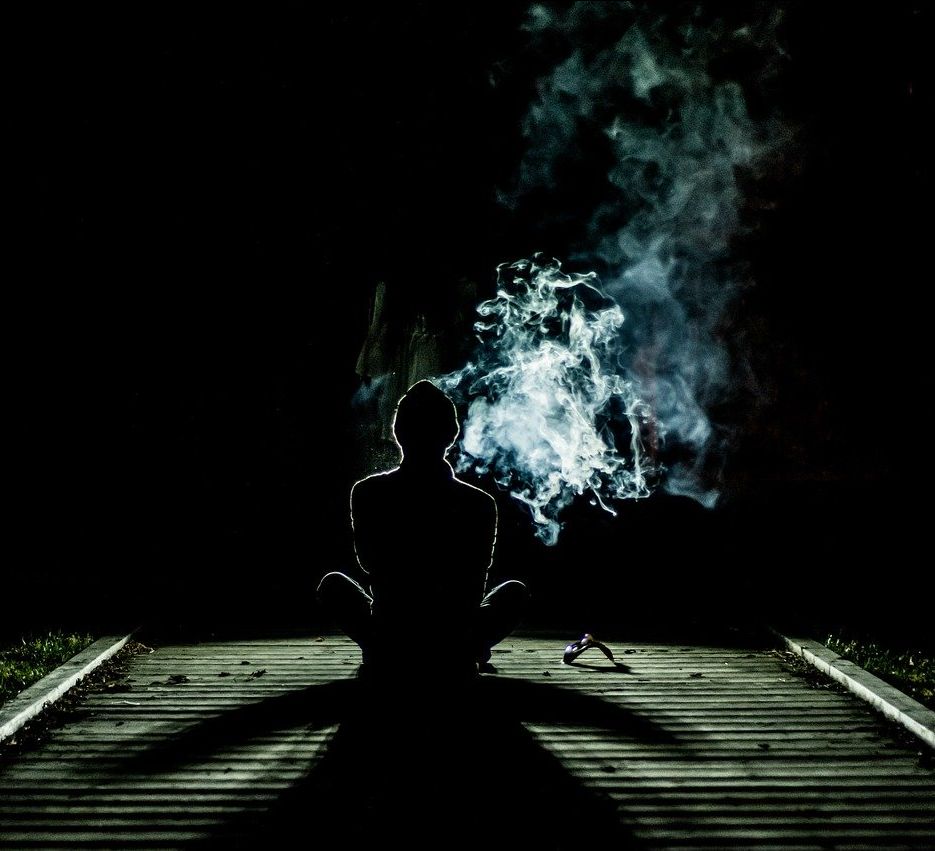 She could hear them, the voices of her parents “Lucille no.” They said, “Lucille stop”. They clouded her mind.

“Listen to them Lucille, you stand no chance.” Chiroko laughed as Lucille was stood still in a cold sweat, it was as if the ghosts of her parents were physically detaining her, holding her back. Chiroko Muttered something and it was all over. Dead people began to appear before her one by one. They crept upon her, swarming towards her. It was an entire army. They had hunger in their eyes. Then, right at the front of the mix, Lucille’s parents appeared, their eyes wide in terror, but their faces were contorted. They too began stumbling towards Lucille in an attempt to kill her, and she stumbled back. She felt something she hadn’t felt in a long time. What was it? Fear? “You foolish human,” Chiroko mumbled, just enough for Lucille to hear.

The dead came towards her, she was surrounded. She felt so scared she couldn’t move. What was this? She was so weak! She hated it! She had to escape!

“NO!” She screamed, picking up her bat, ramming it into the nearest zombies, then fleeing when she found a gap. She ran down the street, her feet thumping against the concrete, and her heart beating tenfold. She had never been so disgraced, so overpowered, so... sad. 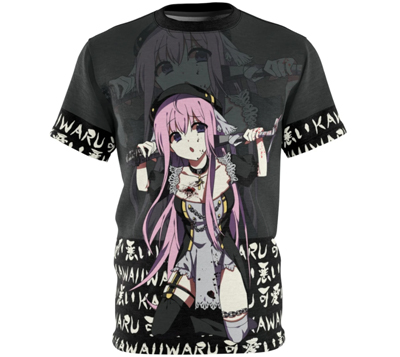 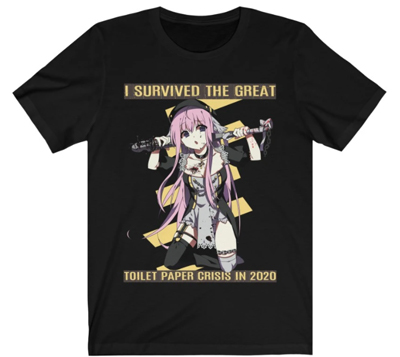 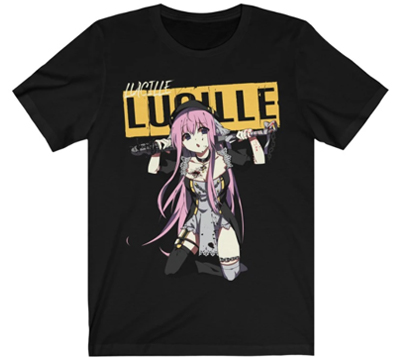 Our badass anime nun is available on multiple unique products.

Characters in the story:

The making of Rose

Let customers speak for us

No joke!!!, Super comfy!!! Really warm....i like how it looks the design and the feeling!!! 100% recommend especially on cold days. Laying down with ur girl watching some anime wearing one of these, best feeling ever....

Although I have only purchased the stickers/decals so far, I absolutely LOVE them!! I got the Kasuga and Hikari-Sama decals to put on my new car and I also got the Ranni bumper sticker for my husband just recently! He loves his sticker and I love both of mine! They stick very well to the cars and the quality is wonderful! I do expect to make more purchases in the future!!!

Great quality, no fraying. Yes it's monochrome but the coloring is saturated, not dull. Super cute design.

I'm very impressed on the collab. I do hope more collabs can be done in the near future

Got this for my hubby and he loves it.
He wears it every where we go and has gotten lots of inquiries as to where he got it

I got this to match the aesthetics of my car and it looks even better than I thought. I’ve gotten tons of compliments. And I love how clean these look.

I put it on my 6ft folding table I use for both gaming and drawing, it's soft to the touch and sturdy to hold my setup in place, I will be buying from kawaiiwaru in the future!

Hello, sorry for a late response; I wanted to wait until there was warmer weather like "Spring." I had originally purchased it during the season of winter but it was too cold to put on the seat covers, anyway they look real nice!

I’m incredibly impressed with how soft it is and how amazing the print quality is. I’ve never had a shirt that’s both this soft and bold print at the same time. By far my favorite thing I’ve ordered so far.

Love the design! The quality of the mouse pad is very good!

It looks amazing. And feels awesome and it got to me just in time for Christmas because it complete my Christmas outfit.

I really love it super warm amazingly comfy and overall amazing my first purchase worth it thank you!!!

Got 2 rugs that really promote my display room as well as my inner demons ^.^

I wanted this for a while and finally decided to buy it! No regret! Best purchase ever!